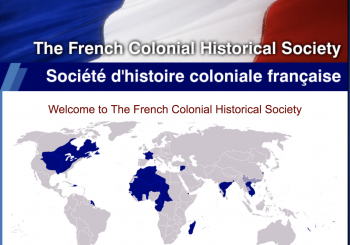 Abstract: In 1848, Governor of Constantine Hadj Ahmed Bey wrote his memoir after finally capitulating to the French following two decades of resistance. This paper uses his memoir to explore the embodiment of nineteenth-century French, Ottoman, and Algerian definitions of indigeneity in Algeria between 1792 and 1848. It reveals the ways in which Ahmed used both exogenous and local notions of indigeneity to establish his claims to authority and achieve political aspirations. According to prevailing Ottoman political theory, Ahmed, the son of an Algerian woman and Ottoman official, was too indigenous to be trusted in a leadership position. Nevertheless, Ahmed rose rapidly through the ranks to become the governor, or “bey,” of his home province in 1826. Despite prevailing Ottoman prejudices, Ahmed continually emphasized his indigeneity to craft an intentionally Algerian public identity.  In response to these displays, French military commanders sought to replace Ahmed with more compliant leaders whom they identified as “indigenous,” claims that Ahmed hotly contested.   The survival of Ahmed Bey’s remarkable memoir exposes competing notions of indigeneity, the ways in which he cultivated his own identity as an indigenous leader, and the legitimation of his actions through the unwavering support of the Constantinois. As a case study, Ahmed Bey’s life highlights how definitions of indigeneity were fluid, malleable and depended on one’s socio-political position in Algeria.